3 Alternatives to FireTV Stick - Streaming devices you can consider

Streaming is the new TV. Without a good streaming service, it feels almost impossible to spend a lazy afternoon. That's why we decided to take a closer look at the streaming devices you could use to add a streaming functionality to your regular TV.

We looked at the Amazon FireTV Stick in detail and found it to be a great option for entertainment. However, we overlooked some alternatives to it that give it some solid competition. The Amazon Fire Stick is certainly not the only available streaming device. Many other brands offer their own streaming devices with various streaming services. 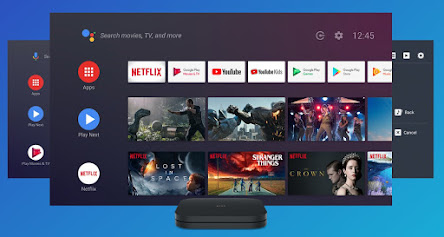 3 Alternatives to the FireTV Stick

The Roku and Fire TV Stick share a lot of similarities when it comes to the features. The Roku Ultra comes with 4K, UHD and Dolby Vision with Dolby Atmos, so the media quality is great.

It is slightly different from the FireTV Stick as far as setting up and usability is concerned. It is designed to be more of a set-top-box than a TV Stick. So it can sit near your TV and plug in via HDMI. You can then connect it to your network via WiFi or wired Ethernet cable. It can be controlled via an IR Remote.

Roku supports various Apps, just like the FireTV Stick. It streams from services like Netflix, PrimeVideo, Youtube, Disney, HBO and more. Note that some users reported not being able to access Disney Hotstar and PrimeVideo from their Roku devices in India as of December 2020.

The Roku can be used as a home media centre and works well for presentations, media sharing and device-to-TV streaming. It provides an amazing sound quality and video quality (4K).

Overall, we think it could have provided more services and a better design given the price point and the competition. But it is a good media centre nonetheless. This is ideal for Netflix users that need a media centre connected to their home TV.

Also see the other Roku models:

Apple TV is a small set-top box that includes the Apple TvOS, which is basically an iOS for TVs. Apple offers this device in two varieties - the Apple TV 4K 64GB and Apple TV 4K 32GB.

Apple TV 4K comes with voice control and the ability to stream content to and from other Apple devices via Airplay. These devices connect to your iTunes content and other Apple Cloud media and lets you stream it on your TV. The setup process is especially seamless if you are already using other Apple devices.

Check out this product here:

Google Chromecast was the original TV-addon device for streaming. Although it doesn't let you directly install and run streaming Apps, it does a great job of streaming media from any device to your TV.

It has a sleek dongle-like design that you can plug into an HDMI port on your TV. It accommodates 4K video streaming and supports multi-room audio playing as well.

The cross-platform compatibility is smooth. You can operate all your Google Home devices through Google Chromecast as well. The users have chosen the Google Chromecast as one of the alternatives for Amazon Fire stick as the plug in procedure is not confusing, you just have to plug the device and you are all set.

Since it lets you stream from another device, the setup process is very smooth and easy. As far as this list goes, the Google Chromecast comes close to competing with the Amazon FireTV Stick, but falls short on allowing Apps and Streaming Services directly.

If you are looking for an alternative for the Amazon Fire Stick, you do have options. Unfortunately none of them measure up to the FireTV Stick on features and value-for-money. The Apple TV makes a lot of sense if you are an Apple user already. Check out the Products via the links provided and let us know which your favourite one is. Also follow us on Instagram!