Amazon Echo v/s Google Home - Which Smart Speaker should you get?

Google and Amazon are now competing to smarten your home, and surely it is a battle of two giants with high-quality software and hardware. Many customers see smart speakers as expensive and beyond their budget, but the Google Nest Mini and the 3rd-Generation Amazon Echo Dot are two of the most affordable voice assistant devices. With a price tag of just around $49 (INR 2500 in India), both of these smart speakers are being lauded by tech enthusiasts. These are small gadgets that can control your smart devices and assist you with your daily tasks – all via voice commands. 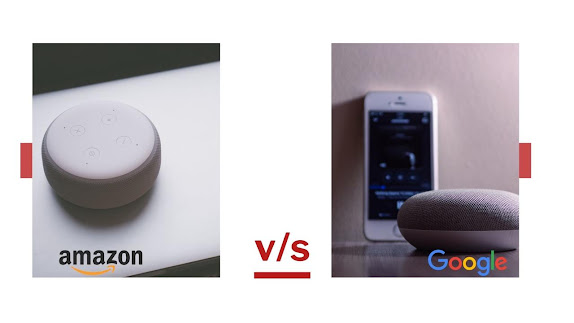 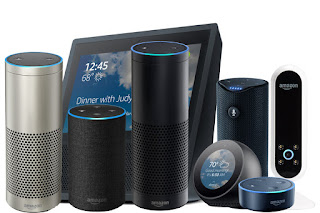 Amazon Echo (Flagship): Get it - In India

Amazon Echo Input (Without Speaker): Get it - In India

Amazon Echo Show (With Display): Get it - In India | In the US / Worldwide

Amazon Echo Flex (Socket Plug-In): Get it - In India | In the US / Worldwide

Amazon Echo Auto (For Vehicles): Get it - In India | In the US / Worldwide

Amazon Echo Studio (Largest, Best Audio): Get it - In India | In the US / Worldwide

Google Home Mini (Compact): Get it - In India | In the US

Google Nest Mini (Compact): Get it - In India | In the US

Google Nest Hub (With Display): Get it - In India | In the US

Google Nest Audio (Best Audio): Get it - In India | In the US

As intelligent personal assistants, they are all packed with cutting-edge services and features. They bring you new technologies for home automation and additionally allow you to listen to your music, control certain equipment, and home accessories, and even do some internet research. So which smart speaker should you choose and what are the differences? Let's take a closer look at both considering various parameters: 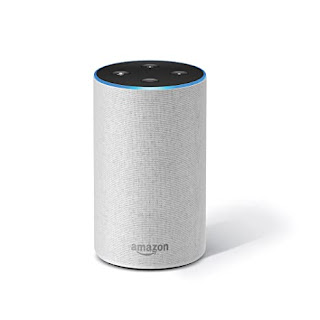 The flagship Amazon Echo is now in its third generation. Similar to its predecessors, it has a cylindrical shape and comes in one of four colors. Alternatively, you can purchase one of several other models of the Echo, depending on your needs. The Echo Dot for example is a mini version of the Echo. It does pretty much everything the original Echo does but is smaller and cheaper with a slightly less powerful inbuilt speaker. 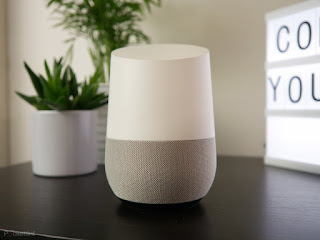 The flagship Google Home is also shaped like a cylinder. It has a white top and a slate gray fabric bottom. Google renamed the Google Home Hub to the Nest Hub. The Nest Hub has a 7-inch touchscreen display in addition to the assistant functionality. It lets you watch videos or photos, control your smart home via a touchscreen, and see who's at your door when you have a video doorbell that works with smart speakers. There is also a smaller version called the Google Nest Mini which is priced very affordably as well as an audio-focused version called the Google Nest Audio. Google's devices come in some very bright and colorful options.

The Alexa and Google Voice Assistants are both driven by the best engineers and technology in the world. Stimulated by strong competition since their respective inception, they also present some differences that buyers can consider while making a choice.
For example, Alexa supports custom wake-up terms (to replace ‘Alexa’) while Google Home allows you to upload your own music to the cloud. When it comes to research, the Google Assistant is the winner, given that it is driven by Google’s AI technology and backed by countless amounts of data. For the same reason, the Google Assistant will understand your command even when you phrase it in various ways. With Alexa you must use more or less the same syntax to make sure that it understands what you are saying. Google is a better assistant in terms of ease of interaction, but Alexa is a very close second.

Both the Alexa and the Google Assistant have access to various music platforms and can pair with other speakers as well. One of the primary uses of these devices is for music.
The Amazon Echo can connect to other speakers and link them all to Amazon Music, Apple Music, Spotify, Deezer, Gaana and other music streaming platforms. You just have to ask Alexa to play a song - "Hey Alexa! Play I Want It That Way By Backstreet boys" - and the song starts streaming instantly. On the other hand, the Google Home also comes with a wide range of music and streaming features. It offers similar easy access to Google Play Music, Spotify, Youtube Music, Pandora, Deezer and can be paired with any Bluetooth speaker to stream high-quality sounds.
Overall, both the high-end devices can be used as party speakers and provide great sound quality.  When it comes to the other models, the Echo Dot, just like the Google Nest Mini has a less powerful speaker and a much more affordable price tag. The Google Nest Audio brings a great audio quality with a built-in woofer and other music-specific capabilities. The Amazon Echo Show and the Google Nest Hub have a decent sound quality, and also add a screen to your assistant device. All these devices are great sound devices compared to other speakers in their price range, but can’t be compared to high-end party speakers. 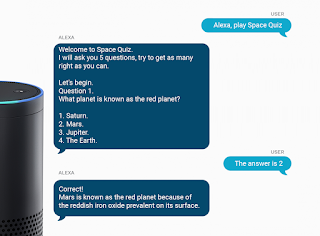 While Google’s Assistant is accessible to countless Android smartphone users, Alexa directly integrates with some partnering products using the Alexa Mobile Accessory Kit. This allows many connected accessories such as headsets, smartwatches, and fitness trackers to have Alexa’s features and Voice Assistant technology built in. Google is the go-to choice for Chromecast users and additionally allows free calls using VoIP, while Amazon only allows calls through the Alexa App, or between devices.

Now Google can also help you find a lost smartphone and lets you use services such as hotel reservations, quizzes, and horoscopes. Both allow you to receive news, sports summaries, and weather updates along with the ability to set reminders, calendar events and more. With Alexa, you can set alarms, play games, and even order stuff on Amazon via voice-command. 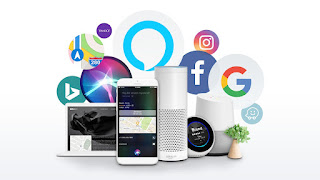 Both Google and Amazon bring a ton of AI technology and 3rd party integrations to their smart speakers. In the case of Alexa, you can find compatible services on Amazon’s list of Alexa Skills. Connecting a compatible smart device to Alexa is as simple as connecting the smart device and pressing a few buttons on the App. There are a number of Alexa compatible devices including Smart Home switches, Speakers, TVs, Lights and more. Alexa additionally integrates with other Amazon services like Kindle and Audible as well, even offering to read kindle books aloud to you.

To connect a device to your Google Home, you have to select the device's manufacturer within the App and follow set-up process that varies from device to device. The Google Assistant can provide higher level of integration with Android devices – Phones, TVs, Smartwatches and more. Most 3rd party smart devices are compatible with Google Assistant as well. The great thing about Google is that once you sign in on the assistant device, you have access to almost all your Google account features over voice.

When comparing the Alexa and Google Home systems, Alexa is better for users who want the ability to control various smart devices and also do online shopping in addition to music and online searches. The Google Assistant is great for more natural conversation with the voice assistant, more detailed online searches and better connectivity to your Google services.

Both Amazon and Google offer several variants of their smart speakers. Depending on your budget and specific use case, you can choose from these.

Check out the start of the article for a break-down of all the variants of these smart speakers and where you can get them.