iRobot Roomba 606 vs iLife V7S Plus - Which Robot Vacuum Cleaner makes sense for you?

These days, life has gotten busy to the point where managing a household has become a challenge for many. With a hectic schedule, taking care of kids and managing so many other responsibilities, cleaning the house has become a burden that no one wants to bear. To solve this problem robot vacuum cleaners have been recently introduced to the market, and people love them, as suggested by their ever-increasing sales. Many different brands have launched their own versions of robot vacuum cleaners.

iRobot and iLife are 2 such companies; while iRobot has been making robots cleaner for a long time, iLife is a relatively new player in this competition. Today, we are going to look at 2 of the most popular robot vacuum cleaners from these companies, that are priced similarly, and try to decide which one would be the best choice for you.

The products we are going to compare today are the iRobot Roomba 606 and iLife V7S Plus. These robot vacuum cleaners have a lot in common, but some significant differences take the two apart. First, talking about similarities, like all robot vacuum cleaners, these two also share almost the same design and shape. The Roomba 606 has a subtle black finish, whereas the V7S Plus has a bright rose gold body. You would find the power button on the top for the Roomba and on the bottom side for the V7s. However, along with the power button on the Roomba 606, there are two more buttons: Spot and Dock. We will come to the function of these buttons later, but on the V7S Plus you would need to use the included remote control to use these functionalities.


Let's now talk about the most crucial aspect of a robot vacuum cleaner: the performance. Both these devices are loaded with several features to ensure that you get an excellent experience with them. Dust, debris and hair are easily picked up by both of them; so, you won’t find your pet’s hair everywhere, once you get one of these. The Roomba 606 has a 3-stage cleaning process; it features Edge-sweeping brushes which collects the debris from the corners, then the Dual Multi-surface brushes lifts the dust, dirt and hair; and finally, the vacuum collects it into the dustbin using suction. On the other hand, the iLife V7S Plus has a single brush system, and that is used alongside a powerful vacuum suction, that can create an airflow of up to 600Pa. Both these robot vacuum cleaners are impressive with their abilities. You can be sure that your house will be clean when you leave these on for a while.

These robot cleaners are made to work on various different surfaces; both of them will work just as well on carpets and hard surfaces. Although, if you ever need to clean a wet surface, only one these will come in handy; and that is the iLife V7S Plus. It has one feature that is completely missing from the Roomba 606, and that is wet cleaning and mopping. You can replace the dustbin in the V7S Plus with the included water tank and attach the mopping pad for it to start its function. It features i-Dropping technology that minimizes the water usage as it stops pouring when the V7S stops to mop a spot. Well, moving on, both the robot vacuum cleaners are designed to clean under your furniture. These also have infrared sensors to detect and avoid objects, so don't worry about these banging into your furniture. Both of them also have sensors to detect stairs so that they won't be falling down.

On the iRobot Roomba 606, you can two modes: auto and spot cleaning. Whereas, on the iLife V7S Plus there are four different modes: auto, spot cleaning, edge cleaning and schedule mode. Well, when both these robot vacuum cleaners are left in auto mode, they navigate around the room by themselves. On the Roomba 606, it features iAdapt navigation which uses multiple sensors and makes more than 60 decision every second to move through the room and thoroughly clean it. Whereas on the V7S Plus, the navigation is semi-random, so you might find it moving in no particular order. However, the V7S will still clean your room eventually, but the navigation on the Roomba is much more reliable and can adapt to different types of rooms. Furthermore, the Roomba 606 can also detect concentrated areas of dirt and clean them thoroughly. This feature seems to be missing from the iLife V7S Plus. Both of these robot vacuum cleaners are programmed to return to their charging stations when they are running low on battery, so you do not need to worry about plugging them in yourself. 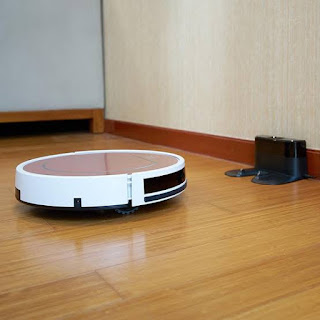 Both these devices are easy to use, and you would get used to their functionality within a matter of minutes. Just put them down and press the start button. These also have similar battery timing; they can clean continuously for about 120 minutes, which should be ample to clean all your house. They automatically get to their chargers once done, so we don't think that battery life should be a concern when getting a robot vacuum cleaner. The Roomba 606 and V7S Plus also produces noise below 60 decibels, which is better than most other robot cleaners. You won't be disturbed by either of them when they are going around doing their work.

Both of these are fan favourites on Amazon India. The Roomba 606 has a rating of 4.3 and ranks at number 11 in the Robotic Vacuums section. The iLife V7S Plus is also close with a rating of 4.2 and ranks at number 15. Moreover, you can find amazing testimonials for both these devices. "Cleans up the floor better than a human can with a broom,” says a customer about the iRobot Roomba 606. The iLife V7S Plus also gets a lot of praise as one customer says, “Just one word is enough to describe it - brilliant!”. 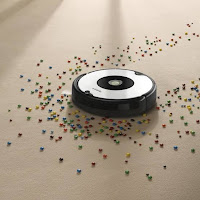 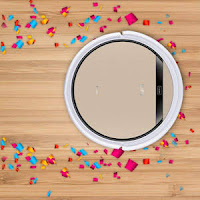 We think that you can not go wrong with either of these, but the mopping feature of the iLife V7S Plus gives it a better value for money. This feature is, unfortunately, completely missing from the Roomba.

Although, if you want intelligent navigation and dirt detection, then Roomba 606 is a fantastic choice as a dry robot vacuum cleaning tool.