Setting up the ESP8266 NodeMCU Module 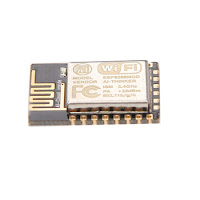 Some explanations before starting :


- What is an SoC? An independent self-sufficient device that only needs to be powered up to carry out its bare functions. In most applications, the ESP8266 is used together with other electronics systems like LEDs and Push Buttons, which augment the ESP's bare functions.

- How can I run the ESP8266 SoC? Once it is programmed, you only need to power it up with a reliable 3.3V Power Supply. As long as the operational environment is normal, it will function smoothly. The NodeMCU Board is a development board that houses this SoC. The NodeMCU lets you use the ESP8266 at 5V levels.

- How can the ESP8266 communicate? It has an inbuilt WiFi chip, and firmware support for using these capabilities in your program. You can use its libraries and program it to do various WiFi based tasks, including scanning for networks, connecting to a network, communicating with TCP/IP protocols (HTTP, MQTT, UDP, etc.), and much more.

- How do we program it? By connecting it to a PC via a USB programmer, or by using a ready-made development board like the NodeMCU with the USB programmer built in. Once connected, you can flash programs to it just like you program any other Arduino board.

- What else can the ESP8266 do? The ESP has an 80MHz 32 bit microprocessor with 4MB of flash memory (including the program memory). It has 0.5 kB of internal EEPROM. It has support for Serial communication using GPIO pins, 9 GPIOs with PWM support and one ADC pin, among other capabilities. It is more powerful than the Arduino Uno, has more storage and RAM, and additionally has WiFi and TCP/IP capabilities. It can be used to create a smart IoT systems for various applications.

The NodeMCU is a development board built around the ESP8266 SoC.
Get started with a Starter Kit.

Just like the Arduino Uno makes it easy to access the capabilities of the Atmege328 Microcontroller, the NodeMCU makes the ESP8266 SoC accessible to programmers using the Arduino IDE.

It is simply a development board for the ESP8266. It standardizes all the functionalities of the core ESP8266 module and adds essential hardware, communication and programming capabilities. It adds:

With the NodeMCU, programming and testing the ESP8266 becomes as easy as plugging it into your PC's USB port and programming it using the Arduino IDE. 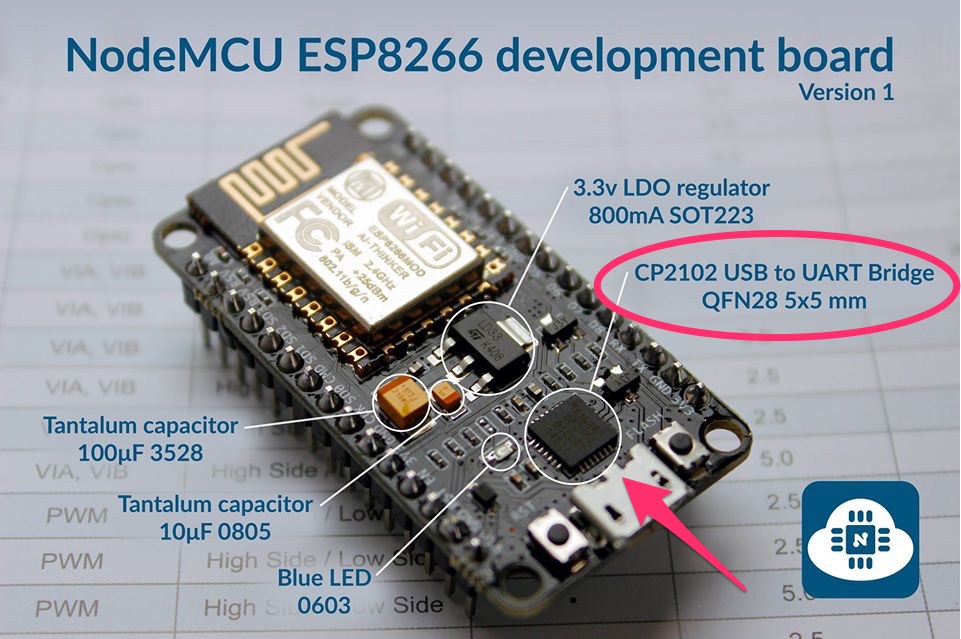 Setting up NodeMCU to work with the Arduino IDE


There are two things to do to get the NodeMCU to work with your PC/Laptop:

Before proceeding, make sure that you have a decent internet connection available and a recent version of the Arduino IDE installed. 3. In the dialog box that opens, find the section towards the bottom that reads 'Additional Boards Manager URLs'

4. In this field, paste in the following path:

6. Reopen the Arduino IDE and navigate to Tools -> Board -> Board Manager 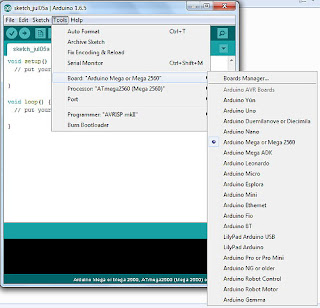 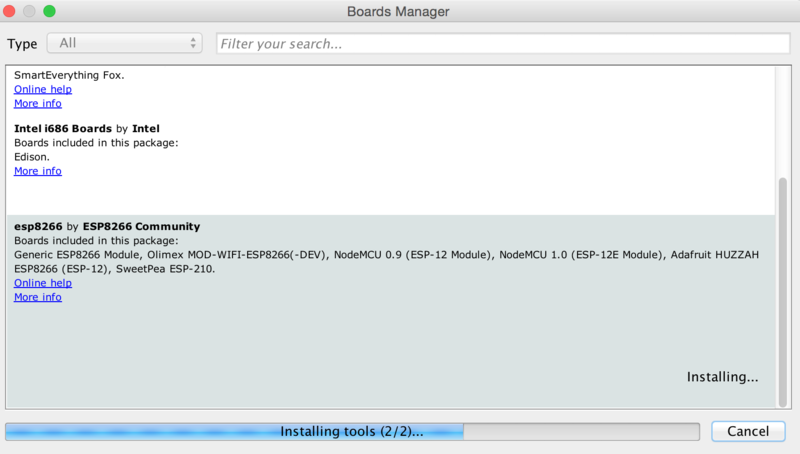 9. Once this completes, close the Arduino IDE and reopen it

10. Now go to Tools -> Boards and scroll down the list. You should see a section called esp8266 modules

11. Under this section find NodeMCU 1.0 - this is the one to use with NodeMCU boards

Installing Libraries from the ESP8266 Core

The ESP8266 core is an open source package containing libraries, functions and other tools that ease ESP8266 development using the Arduino IDE. 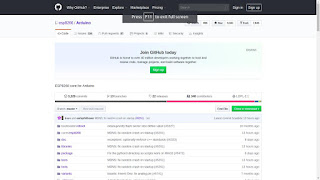 2. Once the package downloads, unzip it

3. In the extracted folder, there will be a sub-folder called 'libraries'

4. Open this folder, select all the contents and Copy them (Ctrl + C)

5. Now open the directory where you installed your Arduino IDE ("C://Program Files (x86)/Arduino" or similar for Windows. Not the My Documents one)

6. Here there is a 'libraries' folder. Open it and paste the copied files there

8. Navigate to File -> Examples and scroll down. You should see some ESP8266 entries in this list. If you see them, the ESP8266 core was installed properly.

9. Now you can use all the copied ESP8266 libraries for WiFi development using the Arduino IDE

Writing your first program on the NodeMCU

Your first program on the NodeMCU Module should be a pre-installed example from the Arduino IDE. Here are the steps to install and run the blink program on a NodeMCU.

1. Open the Arduino IDE and plug in the NodeMCU

7. Once the upload is done, a Blue LED will start blinking on the NodeMCU

8. Congrats, you just programmed the NodeMCU!

Now that you have the NodeMCU set up and ready to go, try surfing the internet using it with this tutorial.

Advanced IoT projects are very easy to implement on the NodeMCU, and it also connects very easily to Sensors and other Modules.

This should help you get started with your IoT development journey. Hope you build something great!

Leave a comment here and let us know what you think.

Do follow Device Interactions on Facebook and Instagram. We post a lot of cool stuff there.
Ask us anything on Quora.
Check out more from our Tech Blog - for Tutorials like this one, guides to use online resources and other great stuff.